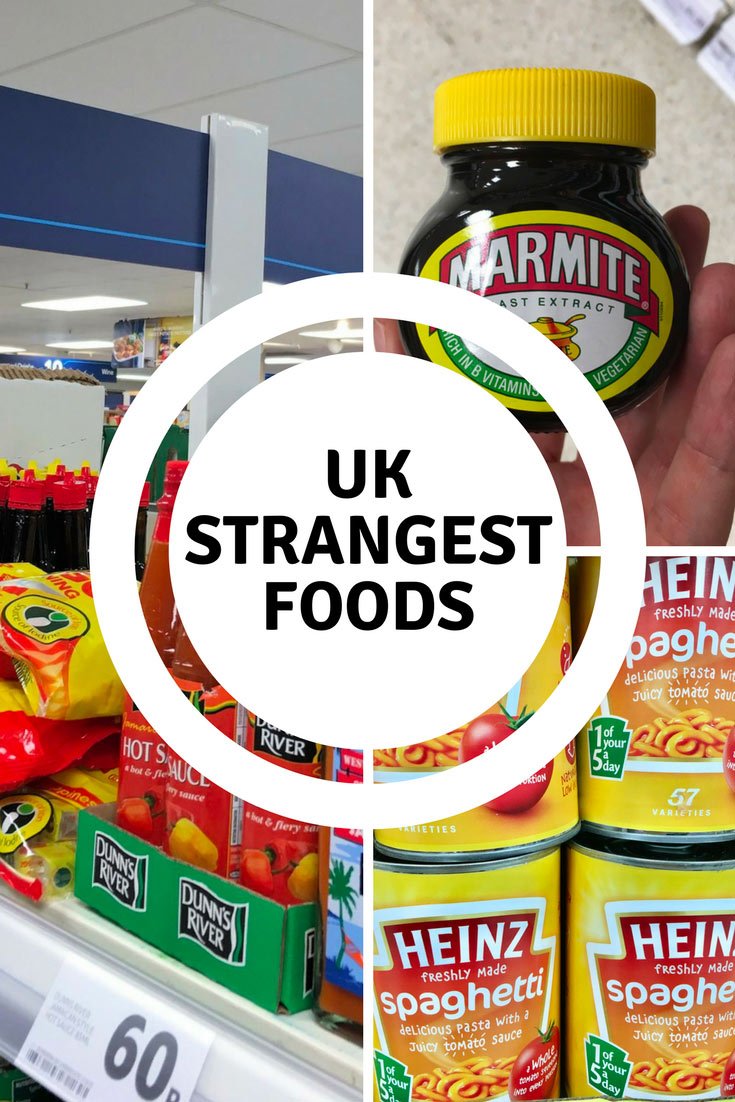 It is said that to get into a country’s culture, there is no better way than to go to the market. This assumption applies to almost every country where I’ve been, excepts for England. Actually if you are interested in know the international culture of this country, there’s nothing better to do than go to the groceries. It is here that i found the 6 UK strangest foods I have found since I live here in London.

A multiethnic London tells itself through the lanes of a department store which displays the products divided by region or ethnicity. You will find Italian pasta and sauces, Polish food, Indian, Caribbean, Mexican … London definitely should not be taken as an example to describe the rest of England and I actually just had a great time writing this post, because let’s say it, food for Italians it is kinda a thing.

I’m a curious person, I like to try everything (but certain things just don’t), discover with me which foods have intrigued me more.

Why not put the ham in a can, may I say? Italians have a thing with ham and mortadella, and it’s quite strange to use a can for a fresh food. It is not a quirk, I know it exists. But I haven’t seen it before packaged to be bought at the supermarket. I’ve always found at festivals and markets, but never in a grocery. Juicy Apple in contrast to the crispness of the sugar. Pretty good (in fact I devoured). 3. COCONUT WATER FROM THE COCONUT

When I was pregnant I was crazy for coconut water, I usually drank more than two liters a day. It is quite expensive, so I justified the expense for its properties (apparently the fetus do just fine). Then one day at the supermarket I found this. A peeled coconut, with a straw, ready to skewer. Just super! It lasts as just as a glass, but it’s quite refreshing. I tried them. I swear. It’s like eating noodles with tomato sauce. Not recommended to those who eat the pasta “al dente” … These however I couldn’t do. I knew some chemist. Marmite is a cream that every English kid likes very much. His taste is really strange, I do not know how to describe it, you just need to know that it is yeast extract !!

If you then happen to go to England during Christmas, I suggest you taste the Christmas Pudding, the typical dessert of typical English parties, a real treat!

The Christmas pudding: origin, curiosity and traditional recipe – Mum what else
For British people, it would not be Christmas without the traditional Christmas pudding. Cheers! A great deal of steam! The pudding was out of the pot. A smell like in the days of laundry! It was the cloth. A smell like a trattoria and a pastry shop Located at two doors next to each other, With the door of a lavender next to both! It was the Pudding! A Christmas Carol, Charles Dickens, 1843 Charles Dickens has contributed with this famous step, to the belief that the Christmas Pudding is an English tradition of Victorian origins. But, the origin of? View Post
www.mumwhatelse.com

And you what other strange foods you encountered?