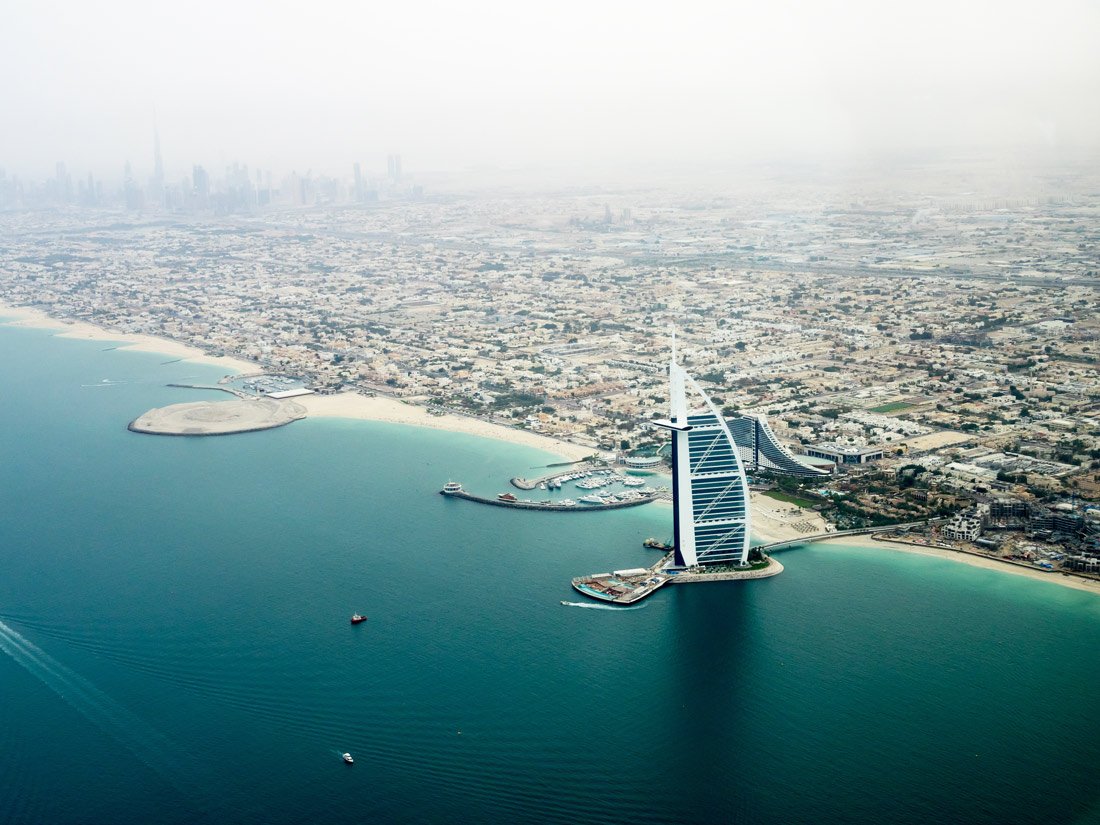 Dubai, a city that’s moving forward, is the bridge between East and West. Full of contradictions but also of charm, it is the favorite destination for vips and travel bloggers. An ideal destination for a holiday, but how is living in Dubai? I have not visited Dubai yet, but since I have been following Olimpia on Instagram, I have to say that it has risen fast among one of the cities I would like to visit.

The second interview in 2018 for Mamas around the World brings you to the United Arab Emirates. After Maria Giulia from Antibes, today we are virtually visiting Dubai with Olimpia, an Italian mum from Rome.  In this interview, she tells about the life as an expat in an Islamic country, with all the pros and cons. Olimpia and I met virtually, thanks to the Not Only Mama community, for which we both collaborate.

Find all the other Mamas Around the world interviews at this link.

Hi Olimpia, tell us a little bit about yourself.

I am from Rome and I have a degree in health economics and I have worked for years as head of the quality system in different healthcare facilities.

I’ve been living in Dubai for almost 3 years now, but it really feels a lot more!

Dubai, one of the most desirable destinations when it comes to holidays, but how is the every-day-life?

Dubai is a very organized, clean and safe city. For many aspects, life is much easier here than in Italy. We can have home deliveries for every kind of shopping! There are a lot of expats (about 80% of the population), it is not difficult to make friends… in a certain way, we are all in this together!

Is it Dubai a city suitable for growing up children?

I sincerely believe it is one of the best organized cities in the world for children and newborn babies. In each bathroom there is always a changing table or more than one. You can easily find rooms for breastfeeding, in many malls and can you hear that? There is also the changing table in the men’ cabins (dear daddies, you can’t escape!).

There are lots of activities especially designed for children and there are many theme parks, such as LEGOLAND, MATTEL TOWN, KIDZANIA, Olio (a new interactive children’s museum) and lots more.

Wherever you go, you can find outdoor playgrounds. There are plenty of indoors (during summer it is very hot and it is impossible to play outdoor).

Tell us the thing you love and hate the most of Dubai.

Dubai is a truly cosmopolitan city, and this is what I love most. I am happy to be part of a multicultural community where there is respect for everyone and I am grateful that my child can grow in a context like this.

As a mum, what do you miss most of Italy?

I believe in the family so what I miss the most is to have my mother and my aunties close. I often feel guilty to deprive my son of the possibility of growing up with grandparents. Don’t make me think about it… let’s move on!

Living in Dubai, your cultural shock.

I moved to Dubai 3 years ago. Even I used to visit it very often in the last six years, living in a city everyday is a totally different thing.

I have learned to respect people deeply, especially if you consider how different backgrounds, cultural and religious, you can get in touch.

I can’t accept the enormous social disparity. Dubai isn’t only the exclusively city of extreme luxury, with tigers like pets that you can spot in some cars and rumbling Lamborghini’s and Ferrari. Dubai is made also of many people (often Indians and Pakistanis) who work hard and low-paid.

Ah and obviously, I can’t stand to not find the pork (only in a few supermarkets, there is the no muslim department) but that’s another story!

In Dubai, like all the UAE, the official religion is Islam, which has some strict rules about clothing, especially for women. Dubai is an open-minded city, but how is your relationship with this culture? Are there opportunities to socialize with the Arab women? Or do you live between Westerners? Do you pay attention when dressing up?

I’m really glad you asked me this series of questions, thank you!

In my opinion, the tremendous facts reported in this historical period, have created a great confusion and a mistaken consideration of Islam. Being a Muslim does not mean being a terrorist for sure, indeed, the Islamic religion is the first that convict these kinds of actions. I know that my statement will be very unpopular but this is one of the first things I have learned living here.

I have also discovered, which I was not absolutely aware of, that woman chose to cover up, yes, you are reading well. So are the women who often choose to cover themselves. In other countries, like Saudi Arabia, it’s a totally different matter anyway!

On the contrary to what one can imagine, here women are strongly respected, woe betide you if you look to a woman or bother her. Since I’ve been here I have always kept on dressing in the same way as in Italy, but it is true that every now and then in some malls, it is remembered to not wear skimpy clothes. But, frankly, I think this is also a matter of good taste!

In public offices you have to put more attention by covering your legs and shoulders. Just a few days after we moved here, I can still remember to have been asked to cover me when I was in an office with a dress (absolutely not raffish, indeed) but too short. My knees were not covered. These are the only precautions you need to have and obviously when you visit a mosque you have to cover your head completely.

Many of the local women of my age are women who have studied abroad, who work and are an integral part of the community and often promoters of cultural activities!

During Ramadan there are restrictions also for Westerners?

Ramadan is the ninth month of the year in the Muslim lunar calendar, in which, Muhammad received the revelation of the Koran. This the month dedicated to prayer, meditation, self-discipline and fasting!

Fasting runs from sunrise to sunset: it is not allowed to eat, drink, smoke and having sex.

It’s compulsory for all Muslims except for children, elderly, pregnant or nursing women and of course sick people. Women with their period and travelers can have provisional exemption.

During Ramadan restrictions apply to all no-Muslim people as well: it is not allowed to eat and drink or smoke in public. In the last years, Ramadan has been in summer and this makes it even more difficult the ban on drinking.

Many restaurants are open but special screens or curtains are used to protect customers and their meals.

It is a month also dedicated to charity. People are used to fill some refrigerators with food and drinks  that are throughout the city. (Especially for poor hard-workers observing fast)

Muslims usually interrupt the fast with a date or a glass of water, as Muhammad did. In the end, there is finally the Iftar, a sort of Christmas dinner to get rid of all those hours of fast.

During Ramadan, this city, usually very hectic, slows down: even working hours change and leave work around 3pm. It is a peculiar month for everybody and I respect this great willpower, obviously supported by faith, that those people can demonstrate.

Living in Dubai: well-being and cost of living. How they match?

As is well known, Dubai is an expensive city. Anyway the average salaries are higher than in Italy: you earn more but you spend even more! It ‘s a very organized city and this is very helpful in the everyday life. However this matter would need more time, pros and cons is an endless list.

Is your stay in Dubai to finish or is a final decision? Do you ever think about a future in Italy?

For now it’s definitive but in life you never say, who would have thought, some years ago, that I would have moved here?

Am I thinking of a future in Italy? I think of it often, as you well know, the life as expat (or at least mine) is a love-hate relationship with the country. Some days you would never want to go and while others you eager to take the first plane. Living far from the family is not always easy!

Is there something I didn’t ask you and would you like to tell us?

I would like to tell all mothers who are about to move abroad and are frightened of it, or all those who wish to do it but think about how their children could react, don’t have fear. Children have incredible resources and, despite the lack of grandparents or uncles, grow them by knowing other cultures, other languages and other points of view is a huge gift that we can do. It will not be easy and there will be moments of despair, loneliness but seeing them grow as citizens of the world is worth every sacrifice!

Thanks Olimpia! It was a really interesting chat. You can also find Olimpia on Instagram.

You can read the other interviews with Mamas around the world:

See you soon with another interview! 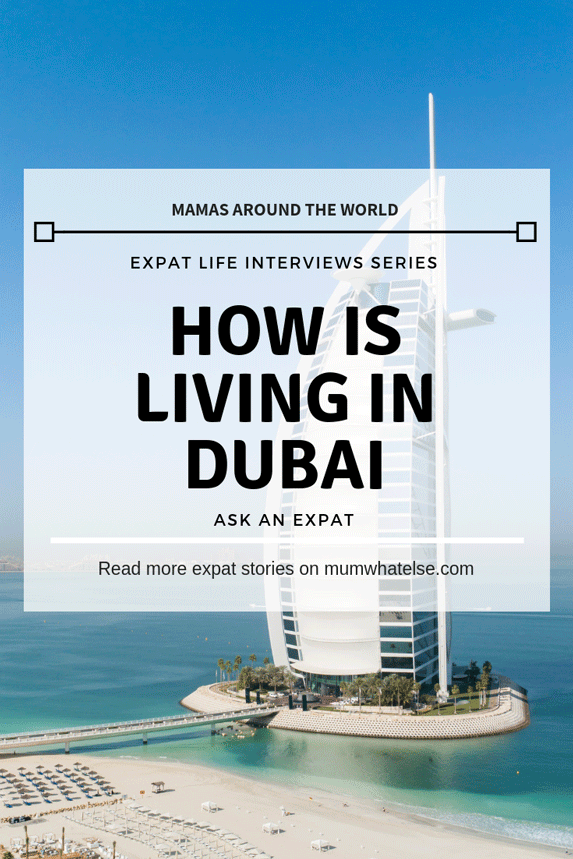