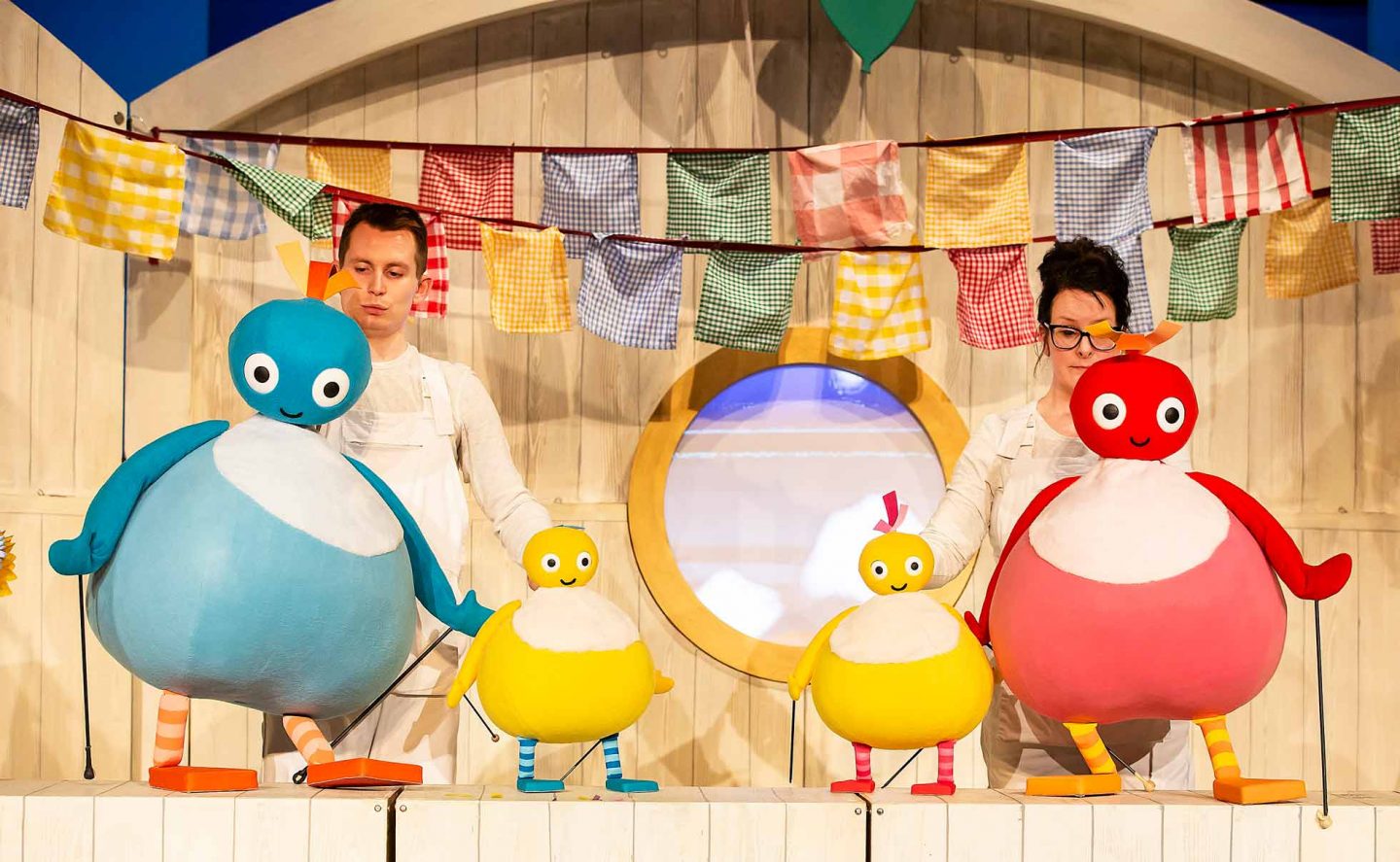 Yesterday we were invited at the Underbelly Festival Southbank to see Twirlywoos Live! a new live show based on the beloved hit CBeebies series with the beautifully inventive puppetry Twirlywoos. What a treat!

The wonderful world of Twirlywoos has been brought to life on stage for the first time in London this summer. The stars of the show are, of course, Great BigHoo, Toodloo, Chickedy and Chick, with Peekaboo popping up on stage too for four weeks only from Saturday 3 to Sunday 31 August 2019. From the producer of ‘The very Hungry Caterpillar Show’ and ‘Sarah and Duck Live on Stage’ this enchanting show is suitable for young children (ages 1+).

The Twirlywooos embark on a new adventure onboard their Big Red Boat. The show is full of different sets, songs, bubbles, balloons with the playful and calamitous beautifully inventive puppetry Twirlywoos. The Twirlywooos are curious, they seek adventure and fun wherever they go.

The Twirlywoos visited the Launderette where they investigate the washing machine… and the soap… filling the auditorium with bubbles, much to the delight of the children in the audience.

Then off to Pizzeria. Anyone fancy a pizza with pinapple, spaghetti and baked beans? Perhaps we won’t be trying the Twirlywoos topping suggestions anytime soon but we are still singing the incredibly memorable  song, “Piece Of Pizza”! 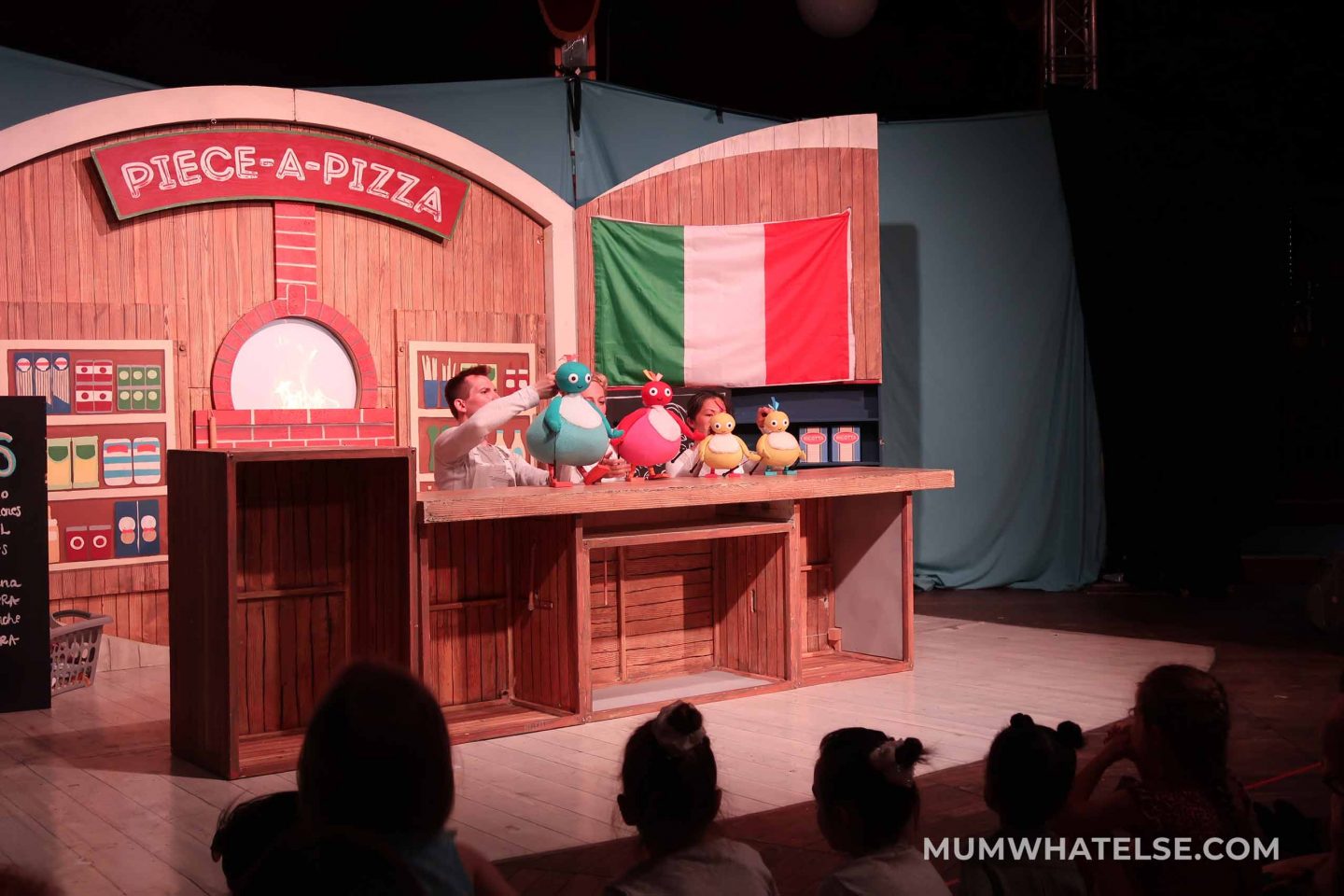 Twirlywoos Live! is brought to the stage by MEI Theatrical, whose productions include The Very Hungry Caterpillar Show, playing at Troubadour White City Theatre this August celebrating 50 years of the book, and Sarah and Duck Live on Stage, which premiered at Polka Theatre before touring the UK. It is written by Zoe Bourn, who has brought to life some of the world’s best-loved children’s titles including Thomas and Friends and Fireman Sam Live!.

The Twirlywoos are four small, bird-like characters who are inquisitive, enthusiastic and always looking to learn something new about the world.

Twirlywoos was first broadcast on CBeebies in 2015, and in 2017 celebrated its 100th episode. It is co-created by Anne Wood, who has devised shows including Teletubbies, and Steve Roberts, who with Anne co-created the Bafta-winning CBeebies series Dipdap.

Twirlywoos Live! is recommended for ages 1+, with babes in arms welcome. The running time is 55 minutes with no interval.

Performances: Tuesdays and Wednesdays 11am, Thursday-Sunday 11am and 2pm

Visit the Underbelly Festival website to book your tickets.