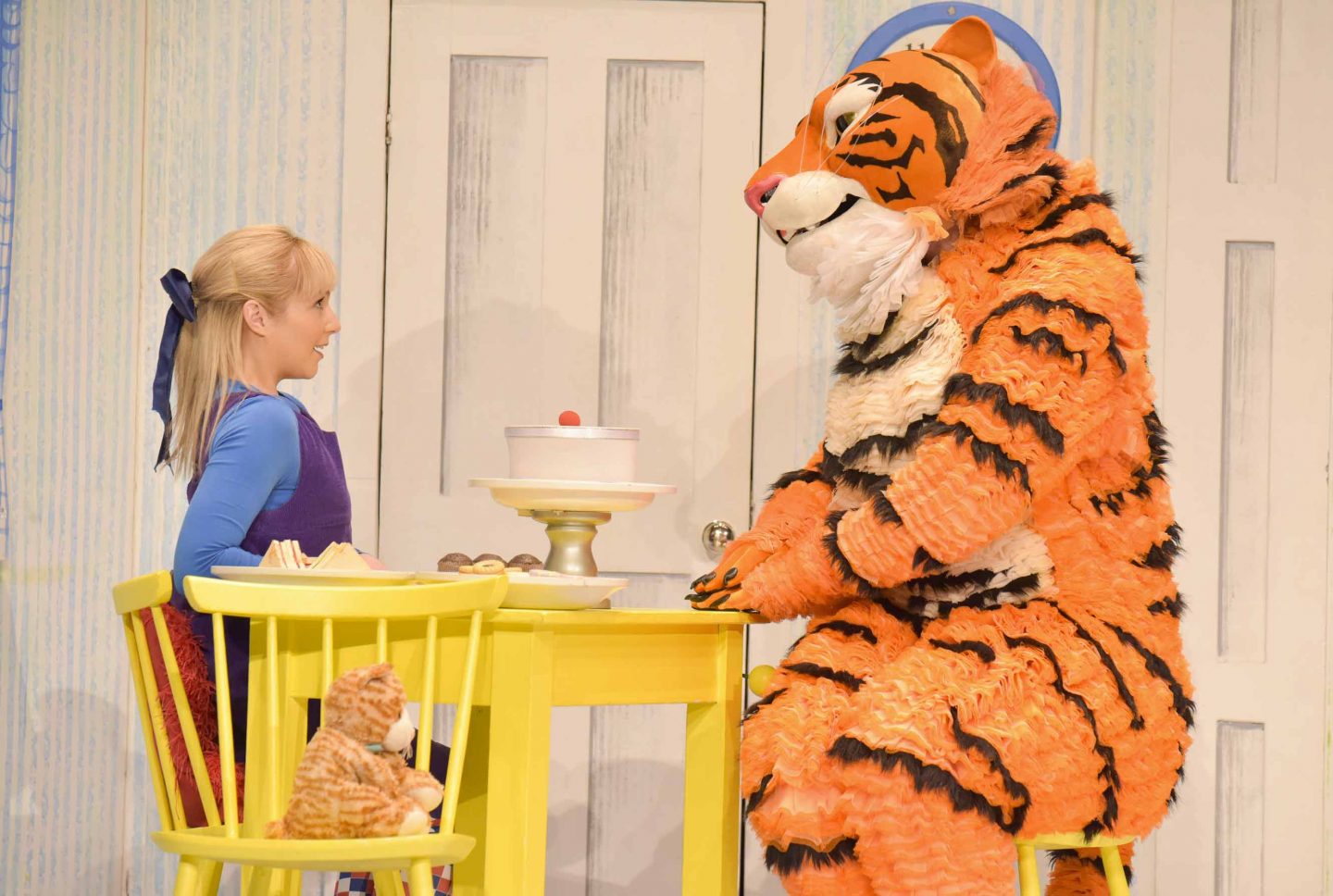 The Tiger Who Came To Tea is a famous British children’s book. I did not grow up with this book, as I am from Italy, however I know the story very well as it is one of the most loved bedtime stories for my children. So when I told them that we were invited to see the live show, where they could see the tiger in action, they were just looking forward for it!

So here we are. Saturday morning of an unusual cold June in London. Me and two very excited little monkeys (2 and 4 years old) are headed to Wimbledon to watch the utterly enchanting adaptation live on stage of The Tiger Who Came To Tea.

This much-loved 50-year-old classic children’s book, is so timeless popular!

The show starts with Sophie and her parents arrive on stage through the stalls of the theatre. They wave to the very young audience who is excited and waiting to see the Tiger and Roar all together!

The show is marked by a tick-tocking of the clock hanging on the kitchen wall on the stage, which dictates an ordinary day at the peaceful home of Sophie and her parents. The first part of the show is all a crescendo because every time the door’s bell rings, everyone is expecting to see the uninvited guest!

The Tiger eventually arrives! At the beginning we just see a hand behind the door, and then, he is coming on the stage in a stunning costume and with some very nice moves. Meanwhile all the young audience is actively shouting ‘he’s behind you’.

I was delighted to learn that Judith wrote The Tiger Who Came to Tea as a bedtime story for her three-year-old daughter and it has never since been out of print.

I guess you know the story, right? Published in 1968, the story has been read by several generations and tells the tale of a Tiger who invites himself to tea and eats and drinks all the food and water in Sophie’s house.

The set is beautifully true and the brilliant ensemble cast with the energetic protagonist Jocelyn Zackon make it great.

The vivid stage adaptation and the show production keep the constant attention of the young audience, thanks to cast’s request to sing and dance with them.

It is a lovely play with catchy songs and plenty of audience participation.  It’s less than an hour long and suitable for children  3+. Disclaimer: We were invited to see the show, but all the opinions are my own.