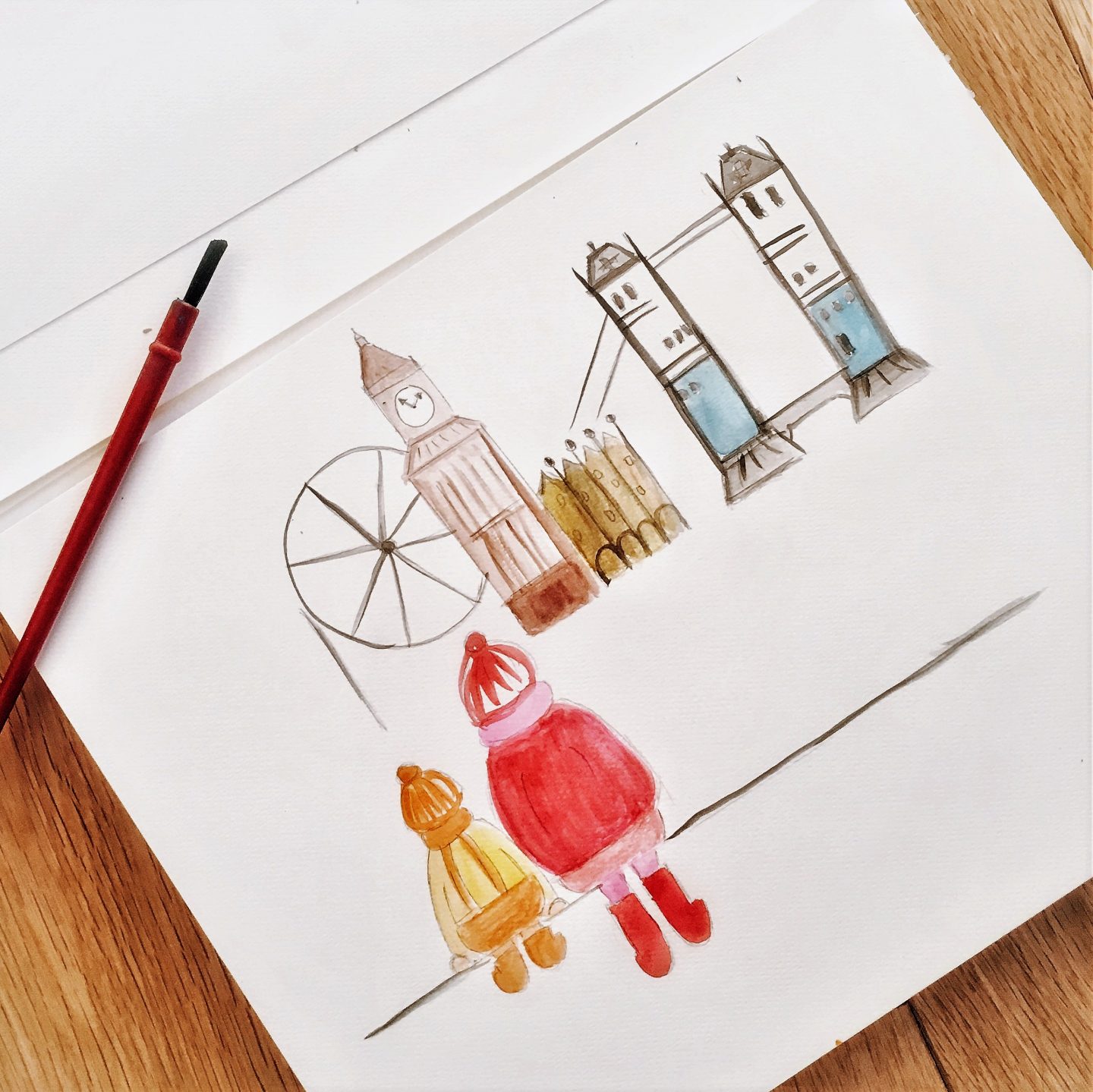 How is living abroad? What is the life of an expat mom? MAMAS AROUND THE WORLD is a monthly appointment with the true stories. Every month we’ll meet women that changed their lives and are facing motherhood alone from their families and in a foreign country. We’ll travel around the globe to know their stories, the challenges and difficulties of living abroad, and we learn better cities and cultures as locals.

Some of them are virtual friend I know through Instagram, others are the precious teammates and collaborators of Not Only Mama (we also have a chat that covers all time zones) and others are my new friends since I moved to London .

As it is Cristina, my first guest, one of my dearest friends in London. As often happens, I met her one day at the park more than a year ago, our sons are almost of the same age and they are going to the same nursery.

Cristina, who is a psychotherapist, is practicing in Ealing, London, this is her site and you can also find her on facebook. 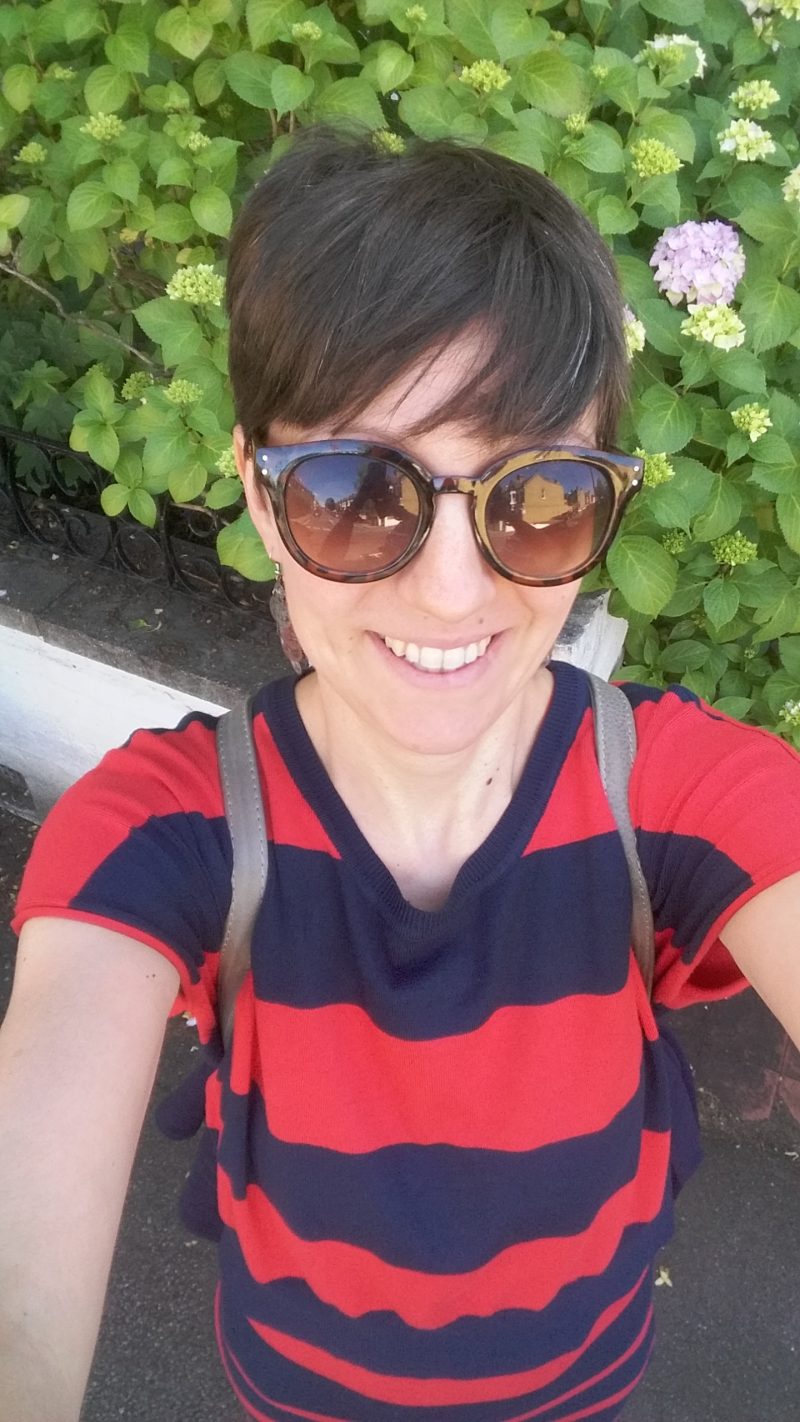 Cristina, tell us a little bit about you.

First of all thanks Francesca for giving me the opportunity to tell my story!

I’m 34 years old and I was born and raised in Rho, in the province of Milan. I have been living in London for almost two years now. I’m married to Matteo and mom of a fabulous little boy named Giacomo.

My city has been my world for most of my life. Then the University in Milan, the widening of important relationships, and the initial awareness that perhaps the desire to become a psychologist first and a psychotherapist then was truly achievable. Over time, I have started working in a counselling centre.

All this with a temperament that has always been dominated by infinite curiosity and as much fear for everything that was new. These two souls are sometimes difficult to reconcile, but I love challenges. Despite some discomforts, tenacity is my best friend.

Tell us about your work: what are you doing, what is your approach?

I am a psychotherapist with a relational psychoanalytic approach. I currently work as a self-employed near Ealing Broadway. At the moment I’m working with Italian people, but I am open to the possibility of working in English as well.

Let me try to explain my job in a few words. I work with people who are asking for help to cope with internal suffering or symptoms that are difficult to sustain. Together we try and tackle those difficult issues. I own the theoretical knowledge, technical expertise and professional experience that give meaning to those forty-five minutes of words and silences. The client, on his side, brings to the table the most important ingredient, what I would call his self-knowledge: he himself knows what he is doing, and experiences the struggle first hand. From this starting point, he begins to approach his issue with a fresh, more honest look. Little by little, if things start to move, awareness increases, and with it new perspectives emerge.

It’s an amazing job, and even if it requires a continuous self-reflection, it’s definitely worth it.

Why London and how long have you been here? How was the impact with this city as it welcomed you?

On Christmas Eve 2014, I was pregnant and we were going out for lunch. Matteo receives an email, then he stops and says “Cri, they hired me”. He got a position as a Lecturer at a major London university. And here we are, officially from the first of September 2015.

We did it after endless discussions and attempts to put together two resolute and determined personalities, despite the seemingly compliant appearances. Sharing was essential. I initially opposed the idea of moving for many reasons, but step by step I started thinking that if my partner supported my wishes and needs, I could do the same with him.

London welcomed me with its greatness. So many incitements, so much chaos, so many lights, so many people, so much. I became a mother three months earlier, and was a new chapter in itself. The beginning was a bit disorienting, head and heart were a bit more in Italy than here. Things have changed when we chose to stay at Ealing, that is like a little town, just twenty minutes away from the centre of London. And finally I started to recognize I could appreciate everything this experience was bringing to me. 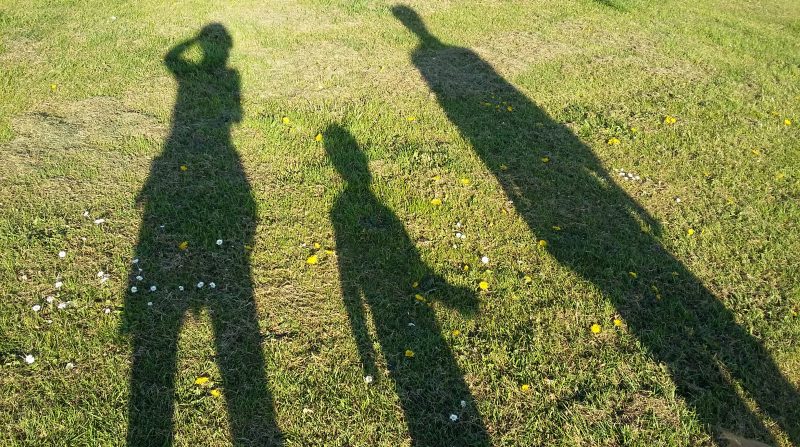 What does it mean, being an expat mother for you.

Being an expat mother for me means effort and satisfaction.

Effort because you miss your family and you know they’re missing you. The load to handle everything, both physically and emotionally, is great. Because your family is far, and even if planes are fast and technology is a big resource, you know that if you have a need or a desire you have to handle it on your own. At the same time you have to accept that you are not there with your relatives, in case they need you.

Since the beginning, effort was my first feeling.

Then I allowed myself the possibility to rely on Matteo, who has always been there for me but there was the possibility he could became a punching for all my frustrations. So I started observing myself standing on my own legs and curiously I found I was good at it. And we were already in two, three with Giacomo: our family.

Then my little cosmos widened: the other moms, some of whom became soon friends. I rediscovered the value of sharing and helping each other; all for free. If you live where you are born, before asking for help to another mom or a friend, you will probably look to your mother, or sister, or grandmother and so on (at least I’ve always happily done so). But when all of them are missing and your needs are asked to be heard, you naturally look towards those who feel closer. In turn and you grow so much desire to return the favour. This could be the starting point for a friendship.

I can count respect for diversity, infinite incentives, the feeling of being able to do different things every weekend, and attention to social ethics among the pros.

Cons for me are the fear that the sentiments that have fuelled the Brexit vote, especially outside London, could creep into the social tissue of the city and feed intolerance. But also the extreme politeness of locals that, from the perspective of a Mediterranean woman, prevents to clearly understand the subtext behind a simple “yes of course”. Sometimes I still wonder if it really means yes of if it stands for an ‘Are you serious?”.

What do you miss of Italy?

My little niece. She is five years old and has a gaze I love. We have seen each other almost every day since she was born and before our departure. She taught me many things, and is a precious person to me. It’s beautiful to see her and Giacomo together. It is a joy to see them laugh, play and bicker. The geographical distance is teaching us so many things, including that famous ‘being in the heart’ that I repeat so much to Giacomo. But I am conscious that being distant entails a sacrifice.

And the mayonnaise. I mean Calvé of course. Ok there are amazon, nifeislife and other thousand possibilities. But I miss it in my fridge and on a piece of bread! You may not understand, but this is the scent of my story.

In the UK childcare is very expensive, for this reason many moms are working part-time or do not work just to take care of the family. How do you do? What do you think of the English model?

When Giacomo was one year old, we did the math, and we chose to send him to the nursery three mornings a week. I wanted to relaunch myself professionally in the UK and I needed physical and mental time. In addition, we have always been in favour of nurseries for all the relational and experimental opportunities they offer. In particular we also wished Giacomo could start speaking English with his peers. So far we are very happy with our choice.

I have some concerns about the English system, but honestly I still don’t have a clear idea. I don’t like the competitiveness with whom children seem to deal right from the start of their educational path. In our family we value more collaboration and mutual help, and we would like to continue conveying these values ​​to our son. We are convinced that the school can do well its job only if family, at home, takes care of its share. That being said, I’m learning to know the culture that hosts me and to respect it.

To be honest, I usually entrust enough the institutions I choose, convinced that the ideal country doesn’t exist. 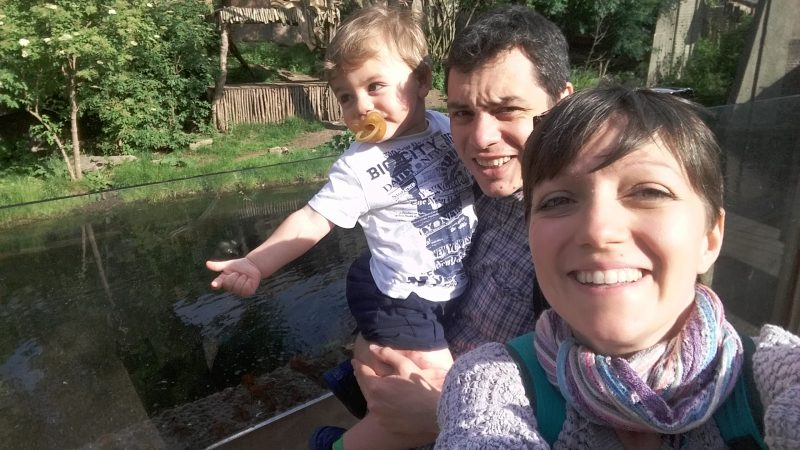 What do you feel about suggesting to a mother who is planning to move to London?

Take your time, as for all big changes.

Be honest with yourself and genuine with your partner, a family move requires team play.

But also be confident that after the initial roller coaster (I personally have experienced both moments of discouragement and adrenaline), balance comes and all the pieces slowly settle down.

Thank you Cristina for this story, it’s always so exciting to feel the same emotions when reading the others’ stories.