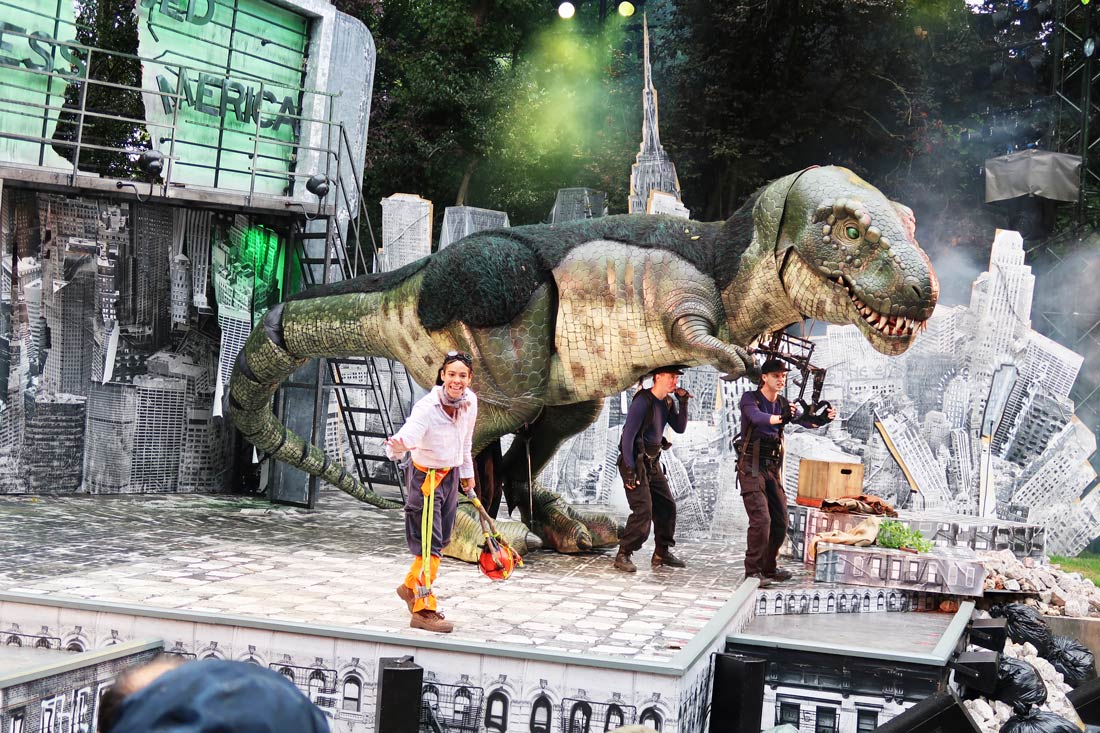 All children go crazy for the dinosaurs, and mine are not far behind. In my son’s backup, there are always some dinosaurs that come around with us. Also in our last trip to Amsterdam, they were absolutely the best travel friends for both of them. So when they found out we were going to see the Dinosaur World Live, a show with real dinosaurs, they were so exited!

I was excited too, I watched Jurassic park the film, thousand of times!

We went to the show on a Sunday morning, the weather was pretty bad, but we were lucky enough to see the entire show before a pouring rain started. 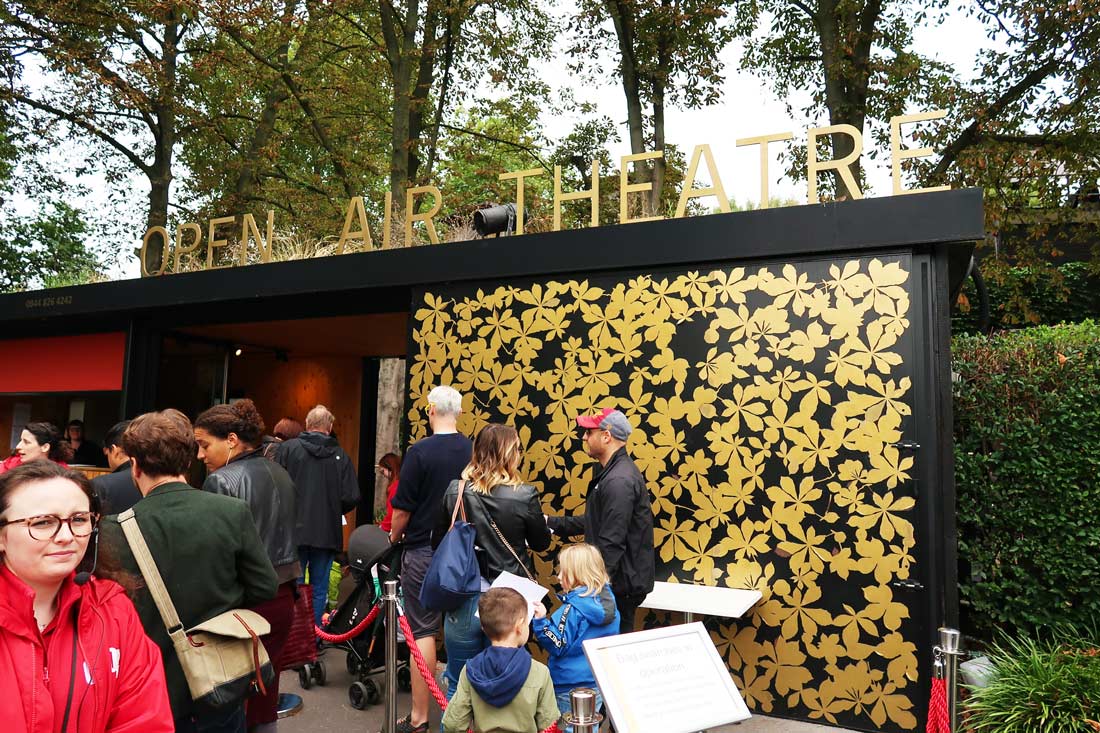 The location of the show is just amazing!

We are huge fan of Regents park, and I must say that this show in a park is a perfect combination for a day out with kids. You might be interested to read Top 10 things to do in London for under 5s. 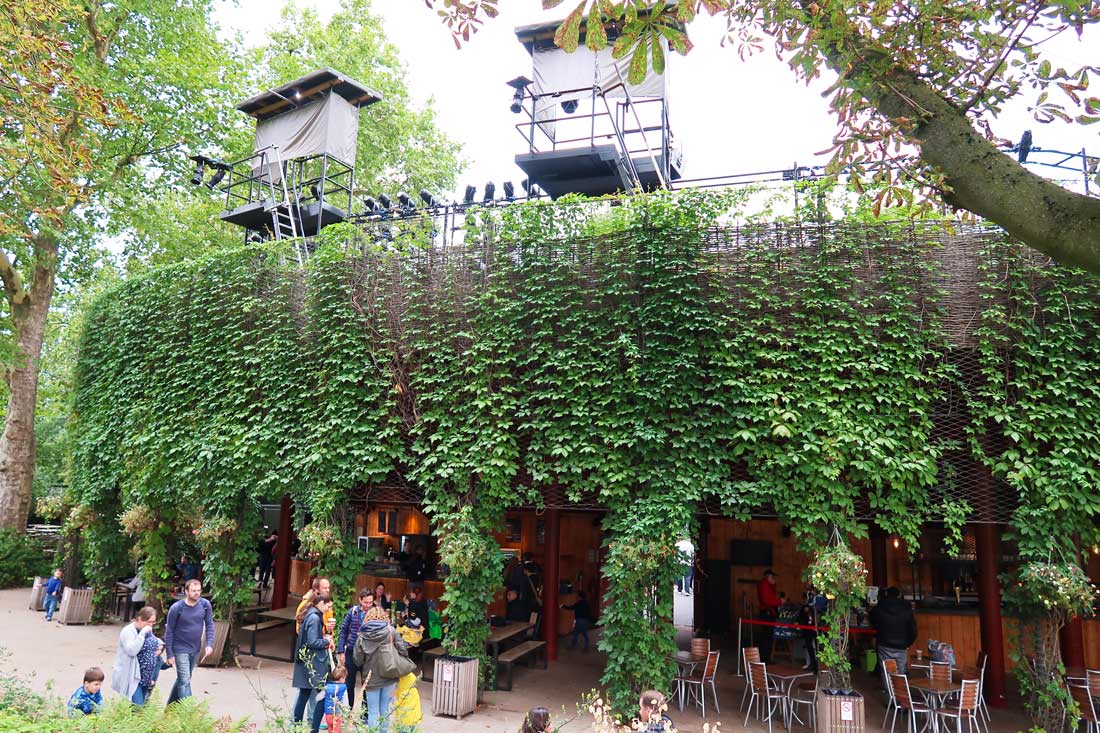 Actually, after the show, you can have a relaxing picnic on the grass and enjoy this beautiful park! 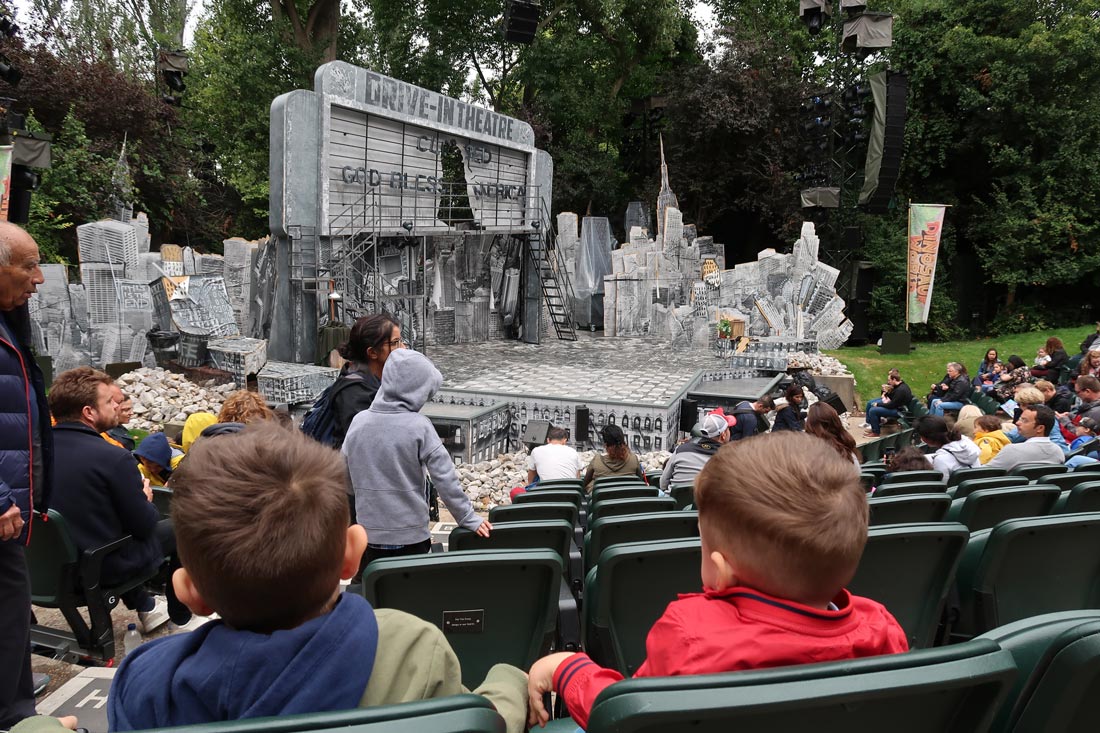 The show started with a very dynamic one woman show, Miranda, a really energetic explorer who took with her across ages, to meet some dinosaurs!

I must say, I was impressed by the dinos puppets, very realistic, and so interactive in their way to move, that at some point you forget about the show, and imagine them in the real world, where they were the kings on earth.

All started with Brutus, the Tryceratops, that I found out thanks to the show, that she is vegetarian! 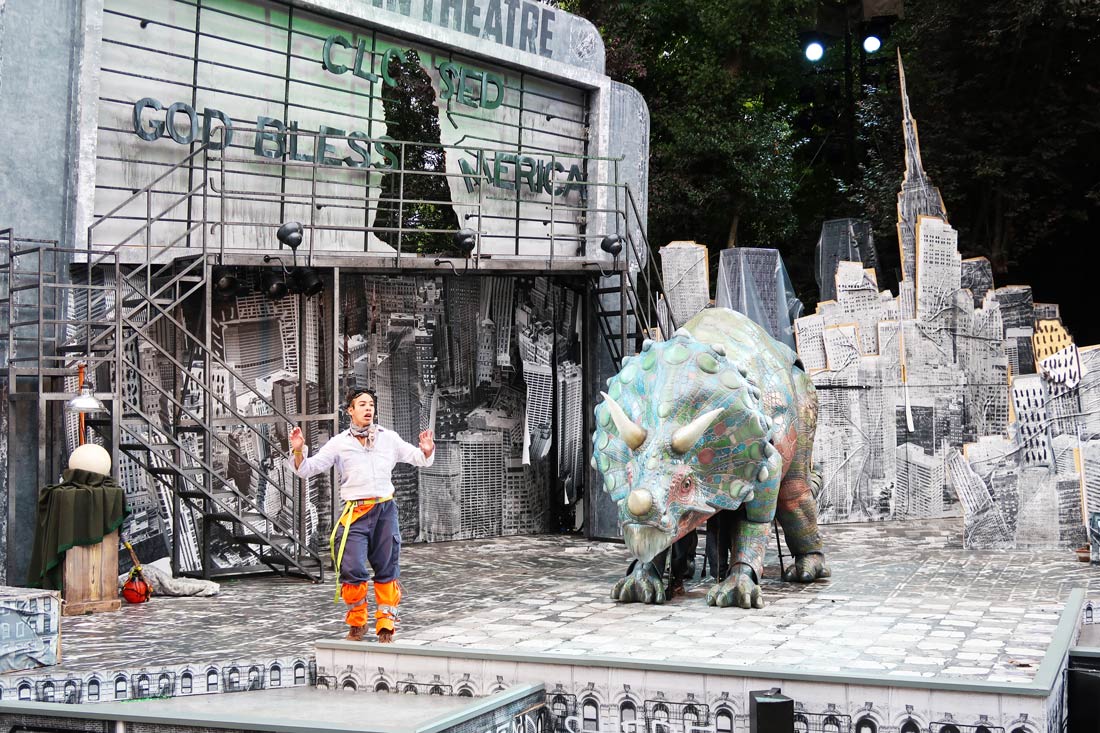 We discovered lots of facts about them, and some children were invited on stage to meet the dinosaurs: giving a snack or some cuddles!

The real star of the show arrived at the end. A really impressive T-Rex! 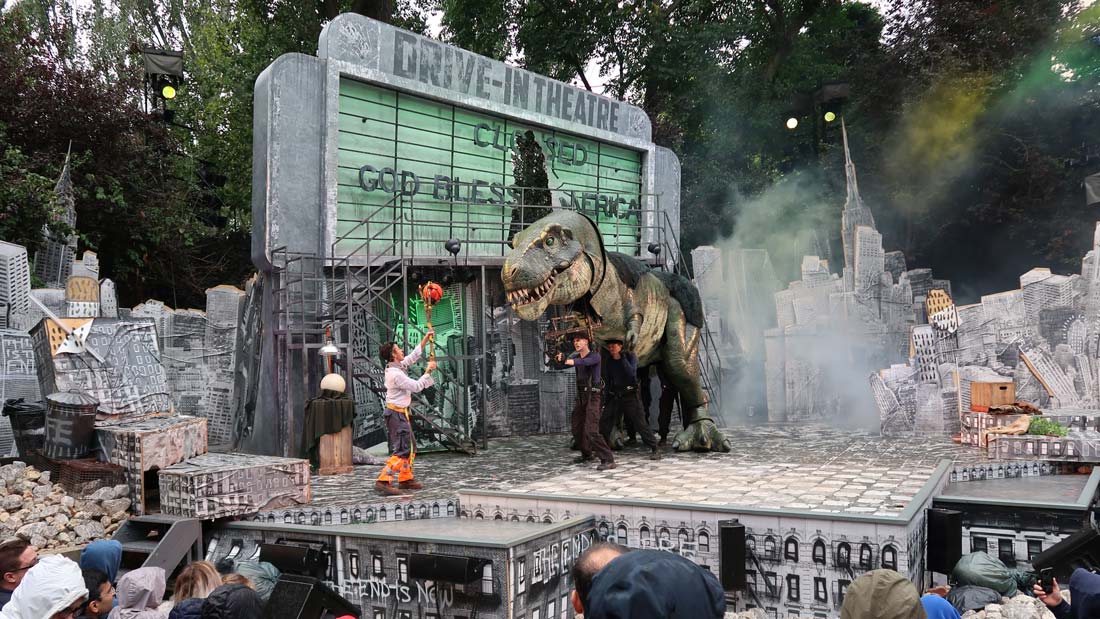 Children can take their eyes off!! 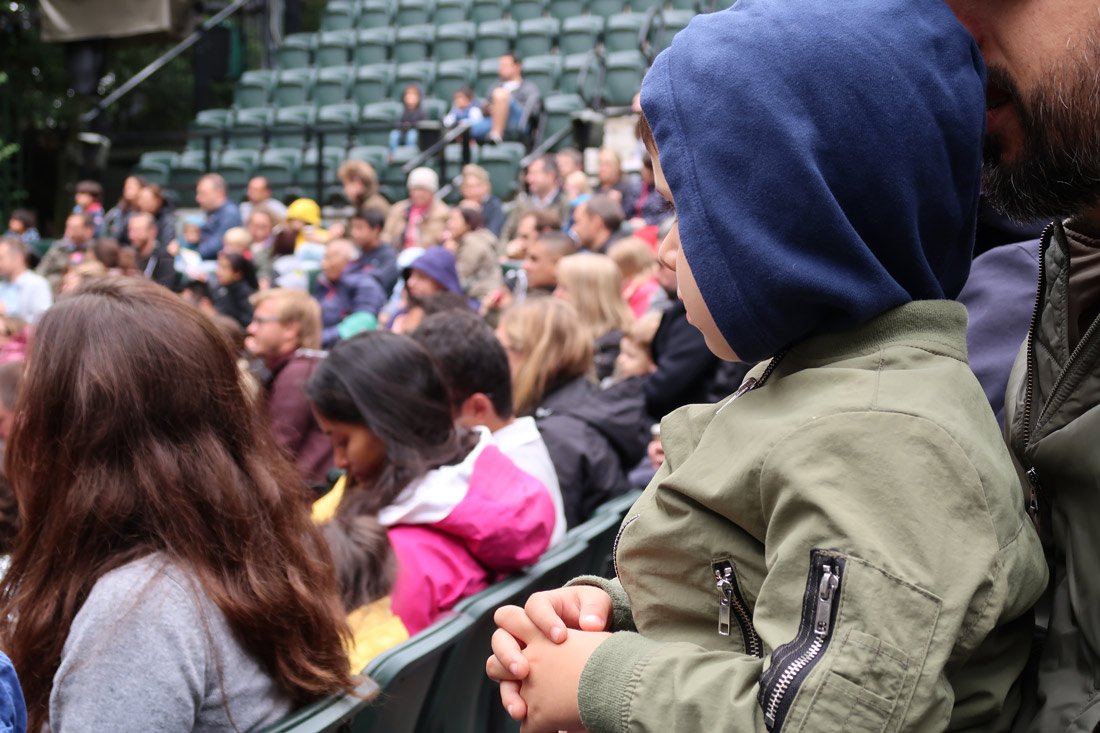 The show is really great, and I was in awe for the puppeteers, and how they were able to control this giants! 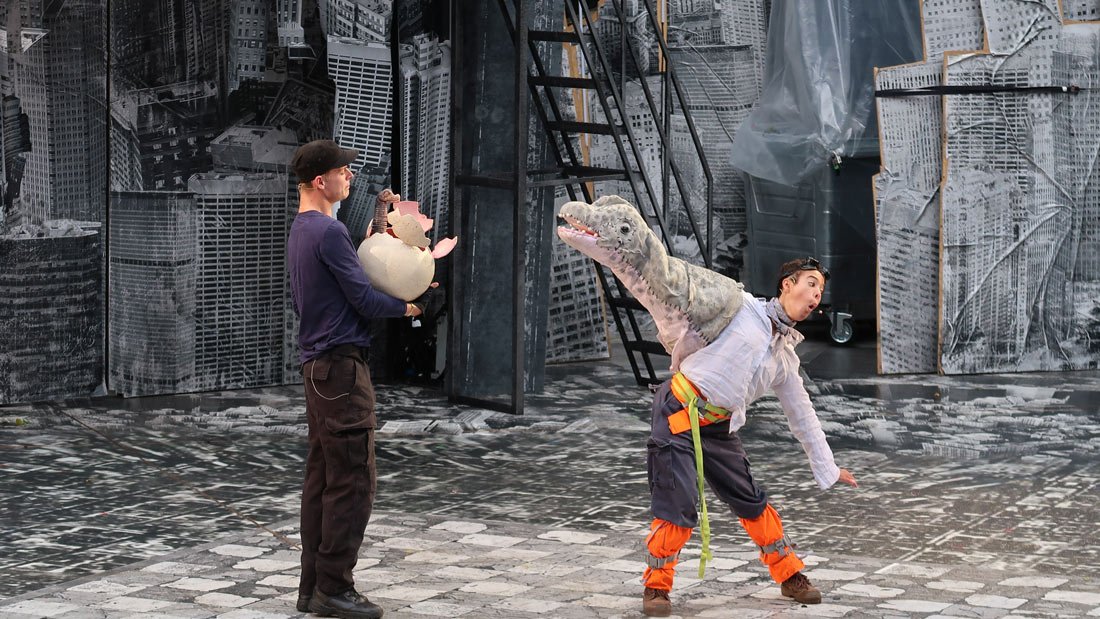 There is also a sweet part at the very end of the show, when a little dino has birth from an egg.

And, after the show was over, children can meet and touch the dinosaurs in the backstage!

My 4 years old was in awe during the whole show and after the show for the whole day!

We had a great time! It is a really fun family show!

More posts about London with kids:

Or check out this page with all the info about London with kids.