For British people, it would not be Christmas without the traditional Christmas pudding.

Cheers!
A great deal of steam!
The pudding was out of the pot.
A smell like in the days of laundry!
It was the cloth.
A smell like a trattoria and a pastry shop
Located at two doors next to each other,
With the door of a lavender next to both!
It was the Pudding!

Charles Dickens has contributed with this famous step, to the belief that the Christmas Pudding is an English tradition of Victorian origins.

But, the origin of this dish dates back to the Middle Ages. In the fourteenth century the Christmas Pudding was similar to a porridge and it was called “Frumenty”. It was made with beef and mutton, with the addition of raisins, currants, plums, wines and spices. It was brought to the table at the beginning of Christmas lunch and it was like a soup.

In 1595 it begins slowly to be like the pudding as we know today, it was thickened with eggs, breadcrumbs, and with the addition of some dried fruit, beer and liquor.

It became the Christmas cake in 1650, but in the 1664 the Puritans banished him for his rich ingredients (sin of gluttony?) and it was only in the 1714, that King George I reestablished it as part of the Christmas meal.

About the Christmas Pudding there are also a lot of customs and superstitions.

It should be done with 13 ingredients to represent Jesus and his disciples and every member of the family should alternate to stir the pudding with a wooden spoon from east to west, in honor of the Magi. The decorative twig of holly on top of the pudding is a reminder of the crown of thorns of Jesus he wore when he was killed. In the Plum Pudding some silver coins can be hidden inside, which the diners could find inside.

During the Victorian era, the puddings were often cooked in moulds of towers or castles. For the poorest instead there was only one form that is the one with which it still arrives today on our tables.

The Stir Up Sunday is a very precise day in the English calendar, this year for instance on the 26th of November. It is, by tradition, the Sunday when the pudding is prepared, which needs two or three weeks at least to ripen its flavor.

There is no a unique and single recipe, every English family has a personal one.

As regards the recipe, I chose the traditional contained in the Modern Cookery for Private families, by Mrs Beeton. This was the first book in which the recipe for the Christmas Pudding  appears. Published for Longmans in 1845, and reprinted in more than 13 editions, it was one of the first cookbooks to list the exact quantities of the ingredients and cooking times. 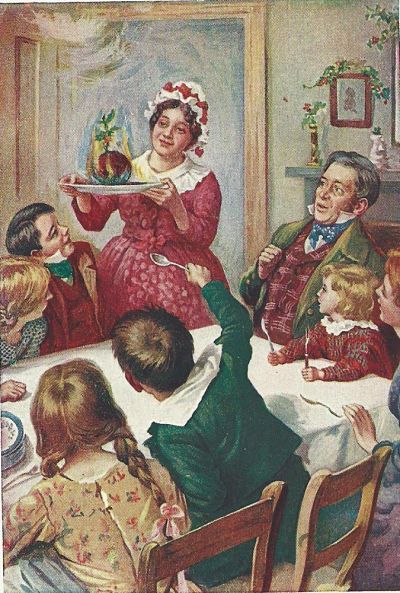 This is the Francatelli Plum Pudding by the Modern Cook (1846). Charles Elmé Francatelli was the chef of Queen Victoria from 1840 to 1842.

The grated rind of 2 lemons

A little bit of salt

Mix the ingredients thoroughly together in a large bowl a few hours before the pudding is boiled; pour the butter into a pudding mould, close it with a greased baking and wrap it in a cloth. Let the cloth be soft so that the pudding can increase in volume. Cook in a bain-marie for four and a half hours.

This recipe has to be covered with custard.

Put four egg yolks in a pan in a bain-marie or Stew, along with two ounces of icing sugar, a glass of sherry, an orange rind or lemon (rubbed on loaf sugar) and a little salt. Whisk this abruptly over a very low fire, until it assumes the appearance of a light custard.

I asked myself and I think you too… The suet, i.e. animal fat, is practically found only in the United Kingdom.

As I said, there are many versions, I inspire this, Vegan and with chocolate cover of Wallflower Kitchen. 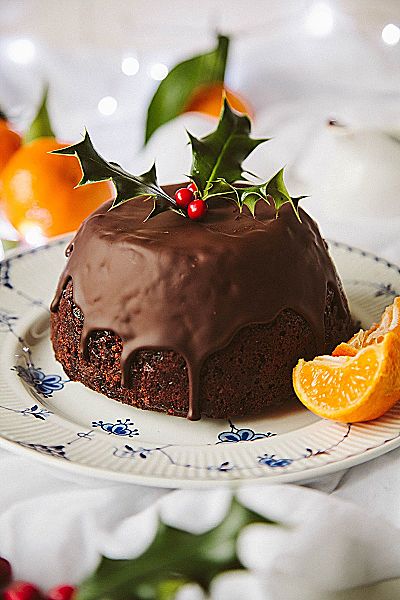 Finally, to stay on the subject, I leave you with this video recipe of the Christmas Pudding with an ancient flavor! 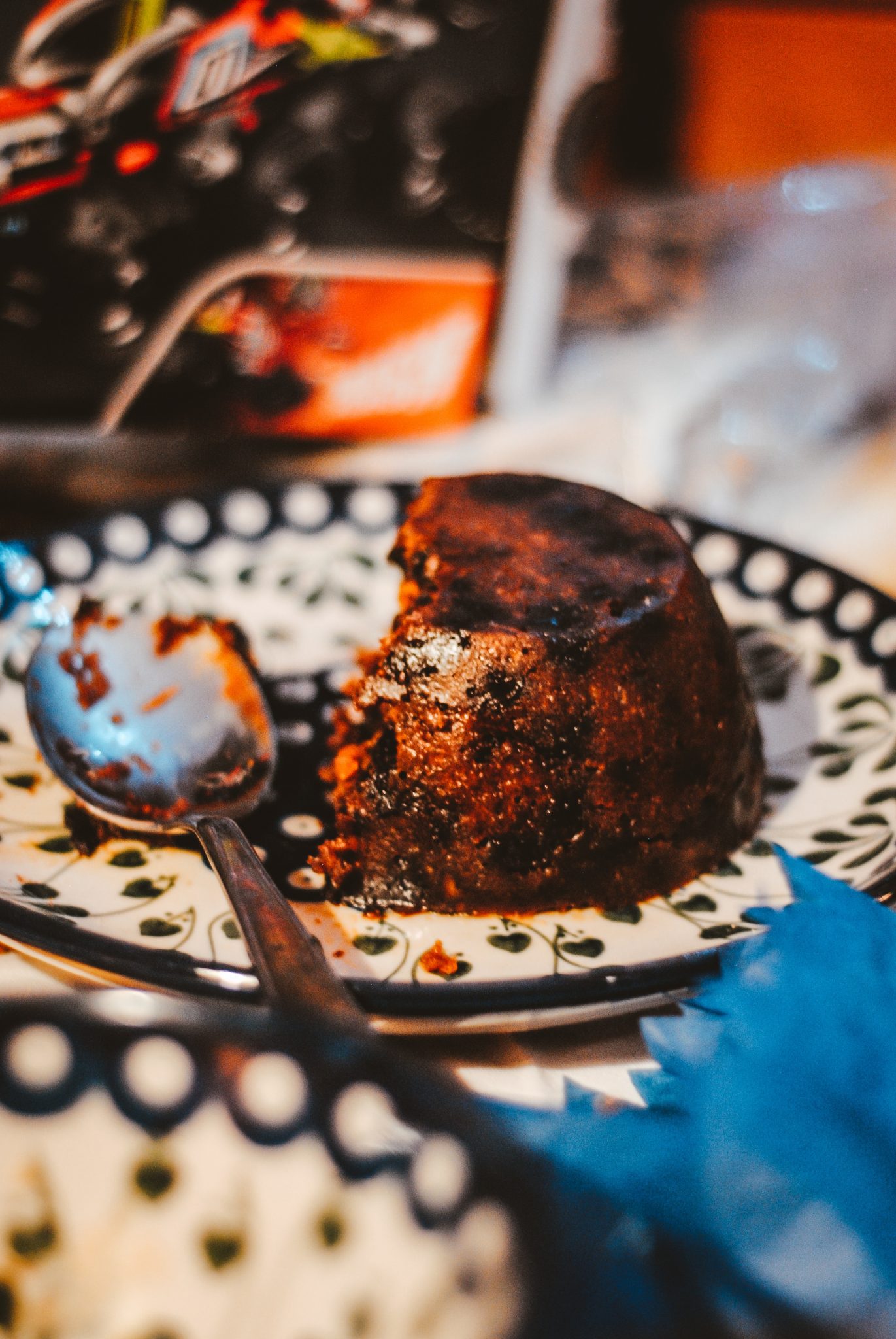 Article Name
The Christmas pudding
Description
It wouldn't be Christmas without the traditional Christmas pudding. What are its origins, curiosities and how it is prepared according to the original recipe.
Author
Francesca Sparaco
Publisher Name
Mum What Else - Family Travel Blog